Are you a puzzle enthusiast? Isn’t it just so fun to play different kinds of puzzle-solving games? Be it a hot summer evening or a chilly winter morning; there can be no bad time to play a puzzle, right?

Well, in this article, let us take a look at 8 surprising facts about puzzle-solving games that you would have never guessed! So, read on!

1. Let’s journey back to the origin

It is believed that the first-ever jigsaw puzzle that ever existed on Earth was meant to be a useful way to teach Geography to young children. It all started back in the year 1760 when a man named John Spilsbury pasted maps on wooden blocks and cut them into different pieces.

He was not even aware that his little experiment would, over time, lead to the discovery of puzzles! Ever since this discovery, teachers have utilized puzzles to facilitate the study of Geography and make it easy for children to understand.

The growing popularity of puzzles since then was noticed by several others, who then went on to design many unique kinds of puzzles on varied subjects. Nowadays, you can come across puzzles based on animals, birds, alphabets, modern heroes, landscapes, and so much more!

2. How Spilsbury’s idea traveled and evolved

Were you aware that jigsaw puzzles were earlier popularly known as ‘dissected maps’? When John Spilsbury invented the very idea of jigsaw puzzles for the very first time, he used a map of Europe and ‘dissected’ it into different fragments. In the years that followed, jigsaw puzzles became gradually popular, and people started to use different kinds of styles and images in them.

In the year 1919, puzzle makers were found to utilize a typical mechanical saw to cut the puzzles in a curvilinear manner. They thereby introduced complicated patterns in jigsaw puzzles and even used different kinds of materials other than just wood to create these puzzles.

They used the word ‘jigsaw’ to accurately describe the very way in which they were worked out. The word ‘jig’ refers to the typical up and down motion in which puzzle makers used to cut or ‘saw’ the pieces of the puzzle. So, yeah, that’s the history behind the name!

3. The record for the fastest puzzle solver!

She had completed a 250-pieces puzzle all by herself to achieve this record. It was noted that she could fascinatingly solve 18 pieces per minute and successfully wrapped up the puzzle within just 13 minutes and 7 seconds! Pretty amazing, right? What’s more, she didn’t even take help from any guide whatsoever as she solved this puzzle!

4. They are therapeutic for autistic children

Autism Spectrum Disorder (ASD) is a particular behavioral condition that affects the nervous system of the individual. It can have varied symptoms and includes the developmental disability to properly communicate, behave and interact with people. These symptoms typically appear in children from the age of 18 months to 3 years.

Several studies have revealed that, unlike any other kind of activity, jigsaw puzzles, in particular, can have a therapeutic effect on them. It has proved to facilitate the coordination of the left and right brains of autistic children.

They can help refine their motor skills and even improve their reading and writing abilities. Jigsaw puzzles have also proven to be impactful in developing sensory inputs and exploring new textures. Thus, jigsaw puzzles can provide the right exercise that the brain needs!

5. Human skin can be used to do puzzles!

Pretty weird, right? Interestingly, The Enigma is believed to be the first and only human jigsaw puzzle that exists in the world. It was Paul Lawrence who commissioned 200+ tattoo artists to create 2100+ puzzle pieces all over his body!

Paul is also known to be the most highly tattooed man in the whole world! However, his experiments do not just stop at puzzle tattoos; he also has had horn implants, ear reshaping, and numerous piercings done on his body.

6. The most difficult puzzle in the world

Have you ever imagined what solving a 529-pieces Dalmatians puzzle would be like? Well, if you ever solve it, you will get to relish the happiness of solving the most difficult puzzle in the world!

This intriguing puzzle was designed by Paul Lamond Games and was designed such that you would have to solve it on both sides. Each of the puzzle pieces needs to be matched according to shape, color, and fit on both sides. Once you sit with this puzzle, you are sure to be left scratching your head impatiently before long!

7. A puzzle with no solution

Well, yes, you read it right. There is indeed a puzzle that exists with no kind of solution to it whatsoever! In 1989, an American Puzzle company named Stave Puzzles created five easy puzzles which, however, could not be solved.

Though it only includes five easy pieces, there is no way to solve this puzzle! You would only be going around in endless circles if you even try to solve it. Soon after creating this intriguing puzzle, Stave Puzzles gained the reputation of becoming one of the best puzzle makers in the world.

8. The study of puzzles

Did you know that the study of the science behind puzzles has a name to it? Well, it is known as enigmatology. Will Shortz, a reputed American puzzle creator, and editor is the only enigmatologist in the entire world! He came up with the study of enigmatology, which is now taught at Indiana University.

Even though the University has produced only one academically-accredited enigmatologist in the world, the future can surely bring more faces!

Jigsaw puzzles have an intriguing and exciting history of their gradual growth and development worldwide. While we just shared the tip of the iceberg, there is still so much more to the world of jigsaw puzzles! 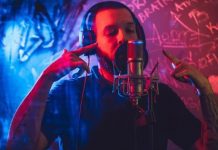 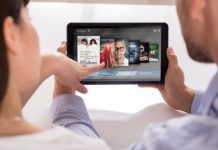 Future of Electric Vehicles in India

The Complete Guide to Bringing a Stroller on an International Flight

How To Make A Summer Outfit For Your Little Fashion Icons 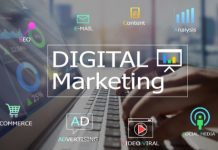 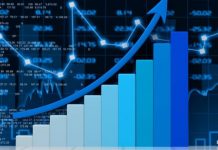 5 Reasons to Take Advantage of the Dip in the Stock... 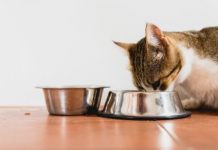 Is Reflex Cat Food the Right Choice for Your Feline Friend?

Everything to Consider If Starting a New Business

What Data Do Universities Aggregate and Analyze?

How to style a Lehenga in different ways?

The Strange and Surprising History of the Copium Twitch Emote