Google’s third release of 2022, Flutter 3.3.0 is live! Google announced version 3.0 of Flutter just a few months ago in May 2022 and here they are back with another exciting new release–The Flutter 3.3.0 What’s different this time? The exciting changes in the material design, more options in the text input, and much more. And, It will continue to offer stable capabilities with polished app experience to the Flutter app developers.

Flutter ever since its establishment has been prolonging its framework competence & widgets to provide better performance and tooling enhancements. After Flutter 3.0 knocked the market down with a feather, it encountered 5,687 pull requests making it the most used technology at an alarming rate. 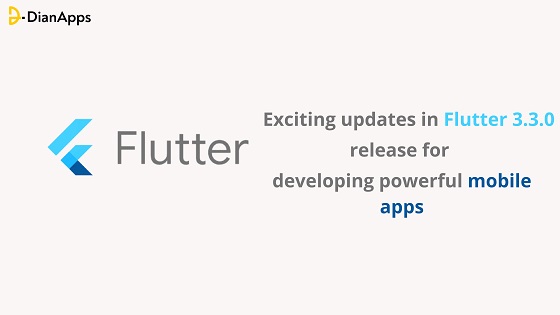 The new version of Flutter 3.3.0 is said to be jam-packed with extensive user-friendly features and updates that the developer’s community is surely going to love. In addition to that, the framework is rapidly changing and is believed to be the future of the mobile app development industry including desktop, and web app development indeed.

In this blog, we will cover the top highlights of the Flutter 3.3 version, which even the top website development company must be aware of besides the app developers. So without any ado, let’s get started!

On the first day of Flutter Vikings in Oslo, August 31, the release of Flutter 3.3 was announced, which included a number of upgrades, improvements, and new features. This version expands on the features of Flutter 3.0 by adding Dart 2.18 support, Material 3 changes, tablet and desktop compatibility, and much more.

Let’s look at all the updates in detail below.

CupertinoTextField (iOS text field), TextField (text input widget), and EditableText all have this capability enabled by default (lets user edit text). To enable this functionality on your iPad, you must first upgrade to Flutter 3.3.

On iOS and macOS devices, Objective-C and Swift code are used to call APIs. Dart 2.18 adds support for these languages and can now call both of them. Dart supports this interoperability mechanism in all of its apps, from the command line interface to backend code to a Flutter UI.

This new technique makes use of the fact that Objective-C and Swift code may be accessible as C code via API bindings. These bindings may be generated by the Dart API wrapper creation tool, ffigen, from API headers.

Flutter 3.3 now supports touchpad input better. Because of Flutter’s concentration on mobile app development platforms, applications are designed for a wide variety of rich touch gestures, which not only enables richer and smoother control but also eliminates misunderstanding in some circumstances.

On a touch screen, using a pointer to directly manipulate content is very intuitive, but clicking and dragging with a mouse to perform the same interaction is not. Proper trackpad gesture functionality will substantially improve the experience of these interactions.

When it comes to text selection, Flutter web apps were not quite up to par. By default, Flutter widgets are not selectable. The global selection widget, on the other hand, adds a user selection area with adaptive selection controls, resulting in a SelectableRegion that provides users with platform-specific selection capabilities.

Flutter 3.3 adds the ability to accept granular text updates via the platform’s TextInputPlugin to increase support for rich text editing.

TextEditingDeltas and the DeltaTextInputClient bridge the information gap previously left by the TextInputClient, which merely gave the new editing state with no delta between the old and new.

Google announced the incorporation of Material Design 3 into Flutter as part of Android 12, which featured the color theming engine, wallpaper-based themes, and drafting of the app’s color scheme. It also adds new features, including support for Material Design 3.

Updates to IconButton (a graphic printed on a Material widget that reacts to touches by filling with color), Chips (compact components that represent an attribute, text, entity, or action), and AppBar variations are included in Flutter 3.3. (toolbar).

Previously, unlike other technologies, the version of the Windows desktop application was determined by a file exclusive to the Windows software.

Versions of Windows desktop apps may now be adjusted via your project’s pubspec. YAML file and build parameters, making it easy to set up auto-updates and ensure that your customers always receive the most recent version of a program.

Before you plan on taking the flutter app development services ensure you know about the workings of this feature for better business scalability.

go router is a Flutter Declarative Routing Package. This package makes advantage of the Flutter framework’s Router API to provide a simple, URL-based API for navigating between screens.

Flutter 3.3 has released a new version of the go router package to assist in creating apps with complicated navigation demands, making it easier to write routing logic that is interoperable with mobile, desktop, and the web.

The DevTools have been updated to make the development process more efficient and result-oriented. Tables for showing enormous amounts of data, UX optimization, better scrolling of long lists of events, and other features are among them.

At the point in the function chain where it is introduced, the Cached Raster function produces a preprocessed cache. Flutter 3.3 improves picture-loading performance by removing duplicates and minimizing Dart trash collection demand. Previously, the ImageProvider API needed the compressed data to be transferred numerous times when loading asset images.

The upgrades and enhancements detailed above are only a few of Flutter 3.3’s features. The primary goal of Flutter app development is to make the entire process as quick and straightforward as possible while providing the greatest user experience and comparatively greater performance. These are the top five highlights of the most recent Flutter 3.3 release.

However, if you intend to construct an application using this framework, you may require assistance as well as the usability of the most recent features and upgrades. In such instances, a full-fledged app development company can supply all of the information you need to begin your app development adventure. 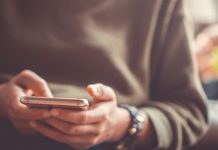 How to Make Your Business 100% Mobile? 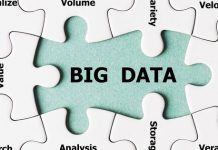 Big Data and Database Management: What You Need to Know 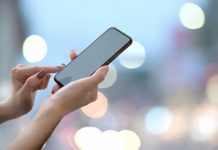 Why IPhone is Way Better than the Android, and Why do People Hanker After Them

What Role Does An Embryologist Play In Infertility Treatment? 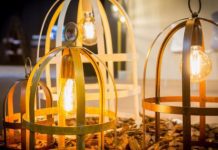 Electrical Wholesalers – Who Make Your Home Lighten With Electrical Appliances 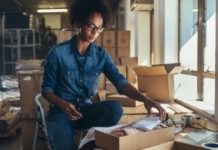 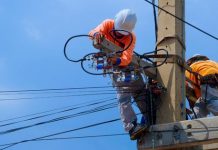 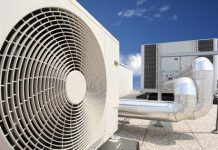 The Perks That Come With Using Air Handling Systems

How do Dental Diagnostic Instruments Help to Diagnose Caries?

Understand Your Door Gas Strut Before Installing Them